Movies Doctor Strange in the Multiverse of Madness (2022)

Plot: Doctor Strange, with the help of mystical allies both old and new, traverses the mind-bending and dangerous alternate realities of the Multiverse to confront a mysterious new adversary. 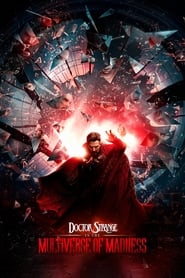 Is anyone else looking forward to seeing this? Having seen the trailer, I can't wait to get into it and see what happens. Still need to see the latest Spider-Man movie though so I should probably get to that ASAP

Watched it last night on Disney+ and it an OK movie - stunning FX and sets, but there were some gaps in the script that let the story down somewhat and were inconsistent with the characters abilities as seen in the first movie. But it was interesting enough for me to watch it to the end, and as usual there was a hint as to what's to come in the next movie, potentially.

Community Leader
I haven't seen it yet, but I will watch it soon for sure.

It is on my to watch list!
Movie information in first post provided by The Movie Database
You must log in or register to reply here.